To start using StockStudio please check your email.
Oops! Something went wrong while submitting the form. 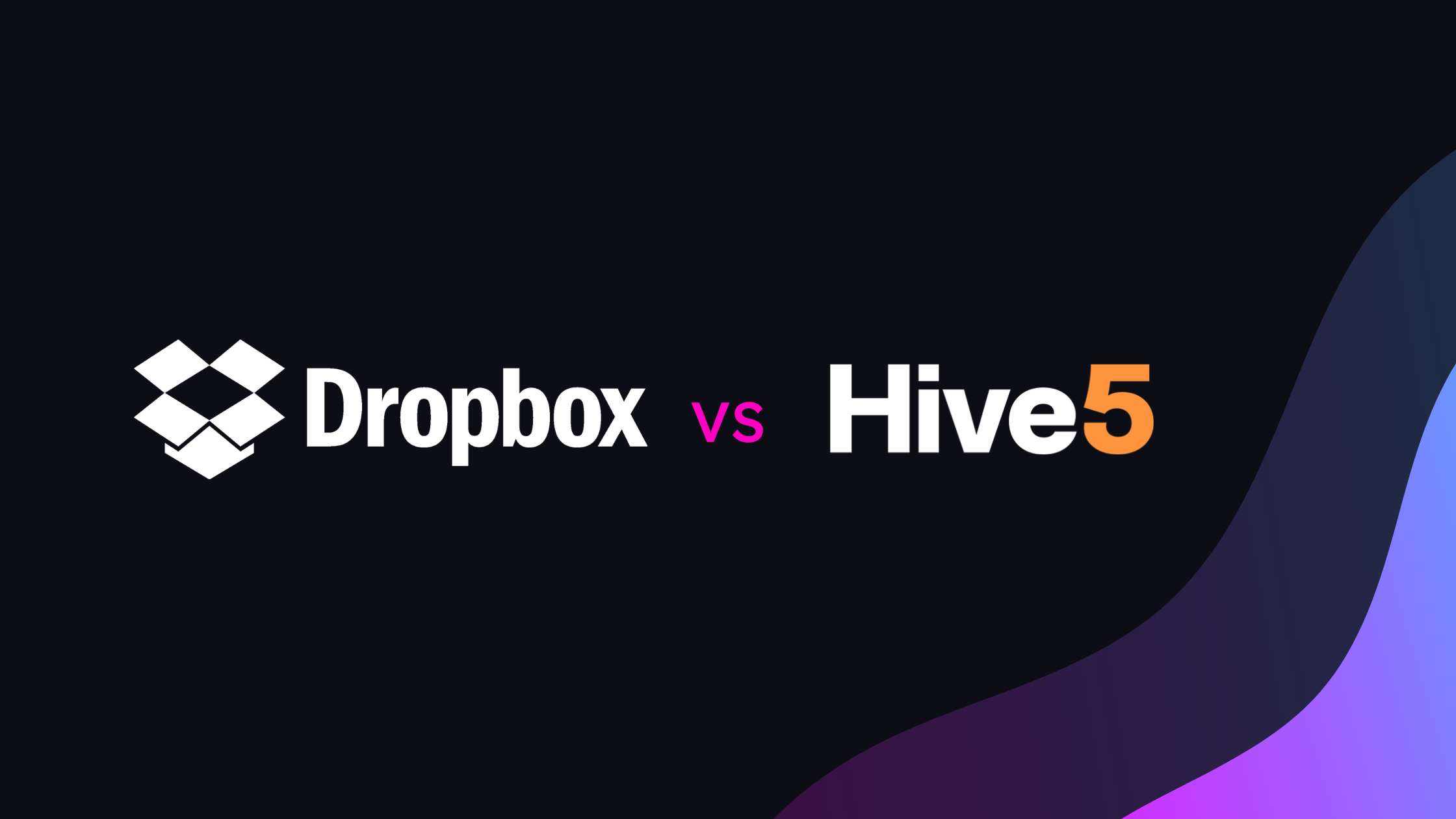 Dropbox is the second most popular cloud storage solution offering easy sync between your hard drive and cloud folder. Many photographers and other creatives use dropbox to share files with clients and team-mates but also to archive past shoots and keep their raw originals safe.

Hive5 also solves the problem of how to store, share and archive files but it is designed specifically for photographers and video creators. In addition to storage it offers previews and indexing for common photography files (RAW, CR2, PSD etc) and easy to use tools for searching, viewing and editing metadata.

Dropbox allows you to preview a wide range of file formats including some raw formats used by photographers. The preview feature is limited by file size so large files (200mb+) don’t preview and neither do raw video formats.

Hive5 supports all photographic and video formats currently in use and aims to add support for future new formats with a lead time of 3 months to allow for development. Hive5 is designed for managing photos and videos. It supports some document formats like PDF but there is no support for powerpoint presentations and other arbitrary formats unrelated to photo / video creation.

Dropbox organises files into folders. This makes it very flexible as it leaves it up to you to decide how to organise your work. For example, you can create folders based on the current year or current client name. One downside of this approach is that you have to be very disciplined in order to avoid human error. If you want to record additional information about assets in a folder you have to use a naming convention. Many photographers for example use a prefix as part of file names to make it easier to find things but mistakes are easy to make.

Hive5 organises work by project. A project usually contains one shoot but it’s flexible enough that you can use your own definition of a project.  Hive5 is not just a file system but a database which means there is no need to encode information into your filenames. You can use the full range of metadata fields commonly available as well as custom tags to group related images or videos. You can then search and filter your assets by metadata, keywords, shooting date, photographer name, copyright, tags etc.

DropBox inc was incorporated in San Francisco in 2007. The company conducted an IPO in 2018 and is now a multinational corporation with 2800 employees working across offices in California, Texas and Ireland.

Hive5 is a startup funded by a European Union innovation grant in 2018. The company now trades through a Delaware corp. The company is still managed by its founders, an experienced team of creative and tech professionals and maintains a small team of developers in eastern Europe.

Dropbox storage servers are located in data centers across the United States. Additionally, storage servers are available in Germany, Australia, and Japan for some Dropbox Business users. Data is backed up by design as copies of it are stored on several servers in case one of them fails.

Dropbox uses Secure Sockets Layer (SSL)/Transport Layer Security (TLS) to protect data in transit between Dropbox apps and their servers. According to wikipedia, Dropbox has been the subject of criticism and controversy related to multiple incidents, including a June 2011 incident that let accounts be accessed for several hours without passwords. Also, in 2011 a Privacy Policy update used language suggesting Dropbox had ownership of users' data while in June 2013 leaked government documents showed that Dropbox was being considered for inclusion in the National Security Agency's PRISM surveillance program. In august 2016 68 million account passwords were leaked on the Internet and a January 2017 accidental data restoration incident caused years-old supposedly deleted files reappeared in users' accounts.

Hive5 uses Amazon’s infrastructure which boasts best-in-class security. The system itself was designed for security from the ground up. The company is relatively young in comparison Dropbox but there have been no recorded security incidents to date.

Dropbox facilitates many workflows common to office environments due to its flexibility. Photographers can create folders for each stage of their workflow and drag files from one folder to another as they work.

Hive5 is designed for photographers and includes specific tools for keywording, model and property releases and client proofing.  All of these work for photos and videos alike. Hive5 also supports common flags so you can easily mark an asset as: Keywording complete, Retouch, Complete, Ready for distribution, etc.

Dropbox allows team collaboration on their team plans. You can also collaborate with others by sharing folders with them. Changes made to files and folders can be tracked through the version history feature which is available on some plans but is limited to 180 days.  Because Dropbox functions as a file system you can only set permissions at the file or folder level. So you can grant someone read or write access but you can’t limit a user by resolution / watermark etc.

Hive5 includes teams of 2 as standard and larger teams can upgrade to the teams plan. Because Hive5 caters to photographers and videographers it includes user-roles like Keyworder, Retoucher, Portfolio Manager etc. These roles carry certain permissions allowing you to for example share a project with a keyworder without giving them access to originals.

Dropbox allows you to download any of your folders as zip files. This means that you can then unzip them and upload them somewhere else if you want to switch to a different provider. Zip files have an inherent size limit of 4Gb so you may have to create several exports to migrate your entire portfolio. For example a 2TB portfolio may take 512 zip files.

Hive5 also allows you to download zipped folders. It also integrates with DropBox and other popular storage providers so you can export your filed directly server-to-server without having to zip->download->unzip->upload multiple times. Importing your portfolio from DropBox is just as easy. Hive5 also supports direct uploads to FTP servers.

With all of this information overload - we'll leave you at it to do the math what suits you best (or you could just glance at the table infographic at the beginning of the page).
But we will also leave you with a link to sign up and try all of our features (for free). That should resolve this.

Anyways - see you on the cloud! 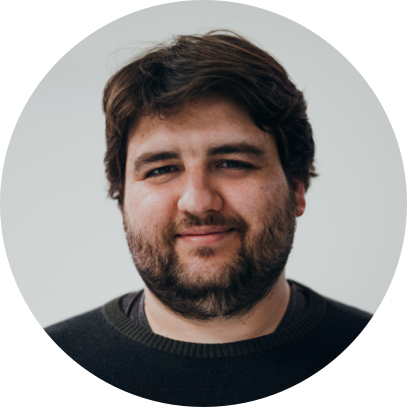 Aleksej is the co-founder and General Manager of Lumina stock studio that has more than one million licences worldwide. With 10+ years in the stock industry, he knows its ins and outs, players and complexities as well as anyone.